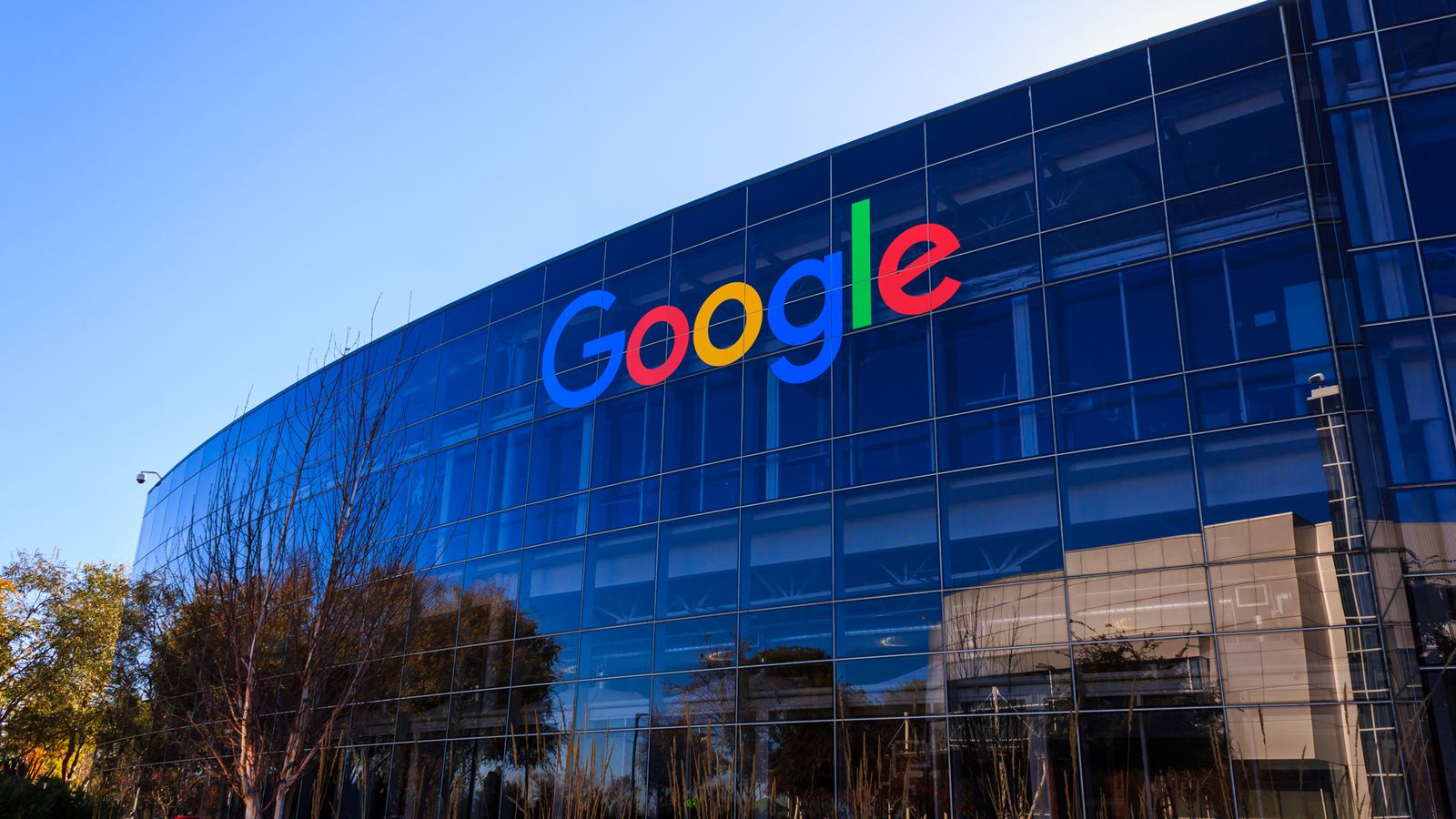 In a memo to employees, Google CEO Sundar Pichai said the employee who penned a controversial memo that claimed that women had biological issues that prevented them from being as successful as men in tech had violated its Code of Conduct, and that the post had crossed “the line by advancing harmful gender stereotypes in our workplace.”

He added: “To suggest a group of our colleagues have traits that make them less biologically suited to that work is offensive and not OK.”

Pichai’s wording appears to indicate that the employee is likely be fired, which some inside and outside the company have been calling for. A Google spokesperson said the company would not confirm any firing of an individual employee, but others have been let go for violating its Code of Conduct in the past.

(Update: Sources told Recode that the employee has been fired, but Google said it would not comment on individual employees. The memo’s author also confirmed his firing from the company to Bloomberg.)

Once it does happen — and it should not be long — the move is sure to attract a firestorm of criticism on both sides, putting the search giant in the crosshairs of a wider debate about gender issues taking place in Silicon Valley and across the country.

The employee memo — which was up for days without action by Google — went viral within the search giant’s internal discussion boards this weekend, with some decrying it and others defending it. Sources said the company’s top execs have been struggling with how to deal with it and the fallout, trying to decide if its troubling content crossed a line.

Apparently it did. In a memo to employees titled “Our words matter,” Google CEO Sundar Pichai said that the employee — who has been named on Twitter, although his identity could not be verified — had violated its code of conduct. (I am not publishing his name, because he — and others who disagree with him — have been threatened with violence online.)

Had the employee not belittled women’s skills, I assume, he would not be let go, but he made claims that many consider problematic, although others maintain that his myriad of claims are worthy.

One thing is clear, the memo has become radioactive at Google.

Multiple sources said the memo has caused a massive debate to go on internally, which has devolved in ways not unlike those taking place across the country. “It has been really toxic,” said one person at Google. “It’s a microcosm of America.”

Still, this is a corporation with rules and managers who rule on those rules. So, what is also true is that most free speech is allowed when it comes to the government and within society, but not necessarily within companies. In, fact, it is common for people to lose their jobs for making sexist and racist remarks.

That said, Pichai also noted that the memo did raise some important issues, such as the need for more willingness at Google to include more points of view at the company, including more conservative ones.

It’s really a no-win situation for him or anyone, as these issues engender really profound and often ugly disagreement to take place.

But, as Pichai noted, words matter:

“First, let me say that we strongly support the right of Googlers to express themselves, and much of what was in that memo is fair to debate, regardless of whether a vast majority of Googlers disagree with it. However, portions of the memo violate our Code of Conduct and cross the line by advancing harmful gender stereotypes in our workplace. Our job is to build great products for users that make a difference in their lives. To suggest a group of our colleagues have traits that make them less biologically suited to that work is offensive and not OK. It is contrary to our basic values and our Code of Conduct, which expects ‘each Googler to do their utmost to create a workplace culture that is free of harassment, intimidation, bias and unlawful discrimination.’”

On Sunday, Google’s head of diversity, Danielle Brown, said in a memo — her first to the company — that she would not link to the employee’s memo because “it’s not a viewpoint that I or this company endorses, promotes or encourages.”

Google does not have an easy line to walk, especially since the employee penned a piece he sent across the company that posited, among other things, that women were biologically not suited to do tech.

Titled “Google’s Ideological Echo Chamber,” it begins promisingly enough (and is, for the most part, well-written):

“I value diversity and inclusion, am not denying that sexism exists, and don’t endorse using stereotypes. When addressing the gap in representation in the population, we need to look at population level differences in distributions. If we can’t have an honest discussion about this, then we can never truly solve the problem.”

But then, in what is pretty much the main premise, he went on in detail: “I’m simply stating that the distribution of preferences and abilities of men and women differ in part due to biological causes and that these differences may explain why we don’t see equal representation of women in tech and leadership.”

What followed was a list of those differences, including a claim that women were more social and artistic and could not take the stress of high-pressure jobs. Hence, neuroticism, or higher anxiety and lower stress tolerance, which he claimed was backed up by studies.

Perhaps most disingenuously, the author also claimed that he had no voice, even after penning a 3,000-word memo that he was able to send companywide and also was read by millions more.

In other words, he got heard.

“Psychological safety is built on mutual respect and acceptance, but unfortunately our culture of shaming and misrepresentation is disrespectful and unaccepting of anyone outside its echo chamber,” he wrote.

Well, maybe so, but it also looks like it also will lead to more serious consequences for the employee.

Ironically, Google is now hosting a conference on girls in tech

It is also in the midst of a lawsuit with the Labor Department, which has alleged that Google has a gender gap in pay. The company has denied this, and has declined to provide salary information to the government. But Google, like many tech companies has released its diversity statistics — men make up almost 70 percent of the staff and a full 80 percent of the technical employees.

Here is the Pichai memo in total — if you want to also read between the lines:

This has been a very difficult few days. I wanted to provide an update on the memo that was circulated over this past week.

First, let me say that we strongly support the right of Googlers to express themselves, and much of what was in that memo is fair to debate, regardless of whether a vast majority of Googlers disagree with it. However, portions of the memo violate our Code of Conduct and cross the line by advancing harmful gender stereotypes in our workplace. Our job is to build great products for users that make a difference in their lives. To suggest a group of our colleagues have traits that make them less biologically suited to that work is offensive and not OK. It is contrary to our basic values and our Code of Conduct, which expects “each Googler to do their utmost to create a workplace culture that is free of harassment, intimidation, bias and unlawful discrimination.”

The memo has clearly impacted our co-workers, some of whom are hurting and feel judged based on their gender. Our co-workers shouldn’t have to worry that each time they open their mouths to speak in a meeting, they have to prove that they are not like the memo states, being “agreeable” rather than “assertive,” showing a “lower stress tolerance,” or being “neurotic.”

At the same time, there are co-workers who are questioning whether they can safely express their views in the workplace (especially those with a minority viewpoint). They too feel under threat, and that is also not OK. People must feel free to express dissent. So to be clear again, many points raised in the memo — such as the portions criticizing Google’s trainings, questioning the role of ideology in the workplace, and debating whether programs for women and underserved groups are sufficiently open to all — are important topics. The author had a right to express their views on those topics — we encourage an environment in which people can do this and it remains our policy to not take action against anyone for prompting these discussions.

The past few days have been very difficult for many at the company, and we need to find a way to debate issues on which we might disagree — while doing so in line with our Code of Conduct. I’d encourage each of you to make an effort over the coming days to reach out to those who might have different perspectives from your own. I will be doing the same.

I have been on work related travel in Africa and Europe the past couple of weeks and had just started my family vacation here this week. I have decided to return tomorrow as clearly there’s a lot more to discuss as a group — including how we create a more inclusive environment for all.

So please join me, along with members of the leadership team at a town hall on Thursday. Check your calendar soon for details.