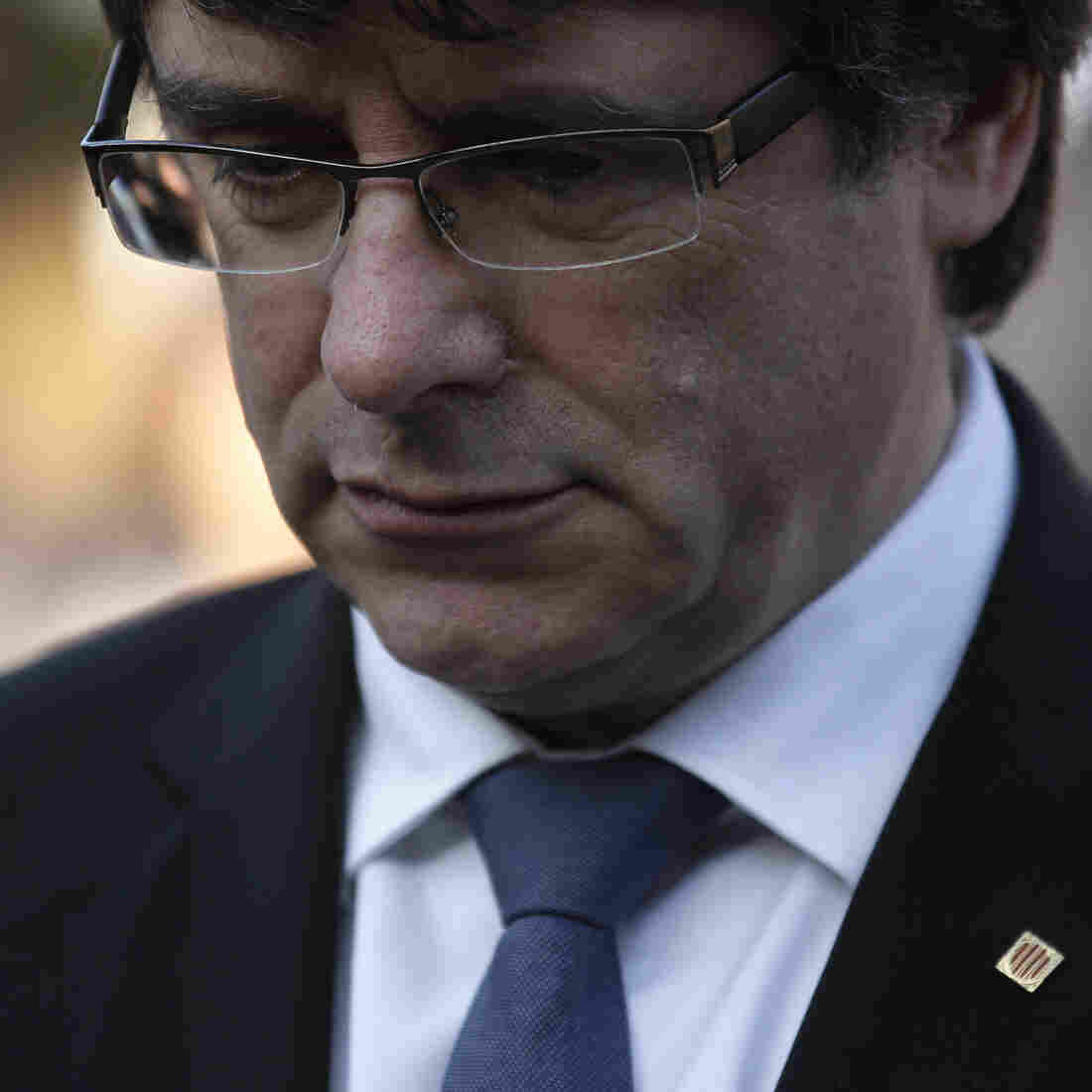 Catalan regional President Carles Puigdemont attends a ceremony commemorating the 77th anniversary of the death of Catalan leader Lluis Companys at the Montjuic Cemetery in Barcelona, Spain, on Sunday.

Catalan President Charles Puigdemont is expected Monday to clarify a declaration of independence for the semi-autonomous region, a move that could trigger Spain to impose direct rule.

Last week, following an Oct. 1 referendum that went for Catalonia to break away from Spain, Puigdemont declared independence for the region of 7.5 million people. However, he quickly withdrew the declaration, calling instead for talks with Madrid on the region’s future.

Even so, Puigdemont and other Catalan lawmakers signed a document declaring a Catalan republic “as an independent and sovereign state.”

The declaration angered Spanish authorities, who had called the referendum illegal and tried to stop it.

Madrid has asked for an unambiguous “Yes” or “No” from Puigdemont. If he says “No” or ignores the deadline, it would trigger a clause in the Spanish constitution allowing Madrid to strip Catalonia of its autonomy.

“The pressure building on Puigdemont is absolutely enormous,” Angel Talavera, an analyst at Oxford Economics in London, tells Bloomberg. “Anything that looks at all non-committal is going to make the government act” against his regional government.

As NPR’s Lauren Frayer wrote on Friday, the answer “has huge implications for what the Spanish government does next and how the country’s relatively young democracy — indeed, possibly even the whole European Union — might stay intact.”

The government of Catalonia says 90 percent cast a “yes” ballot on the independence referendum, but most people who opposed breaking away from Spain boycotted the vote. Opinion on the issue is reportedly nearly evenly split and turnout for the referendum was just 43 percent.

Puigdemont, who came to power in January 2016 in a narrow win for pro-independence parties, faces a dilemma. If he proclaims independence, he risks losing Catalonia’s autonomy but if he backs down, the far-left Catalan party, the CUP, is likely to withdraw support for his government, causing it to collapse.

On Sunday, Puigdemont seemed to suggest that he was leaning toward standing by the independence declaration, saying his decision would be inspired by democracy.

If he insists on a formal break, The Local Spain reports that Madrid would invoke “the never-used Article 155 of the Spanish constitution, which allows Spain’s central government to take over the powers of a regional government that is acting against the national interest, to block an independence declaration.”