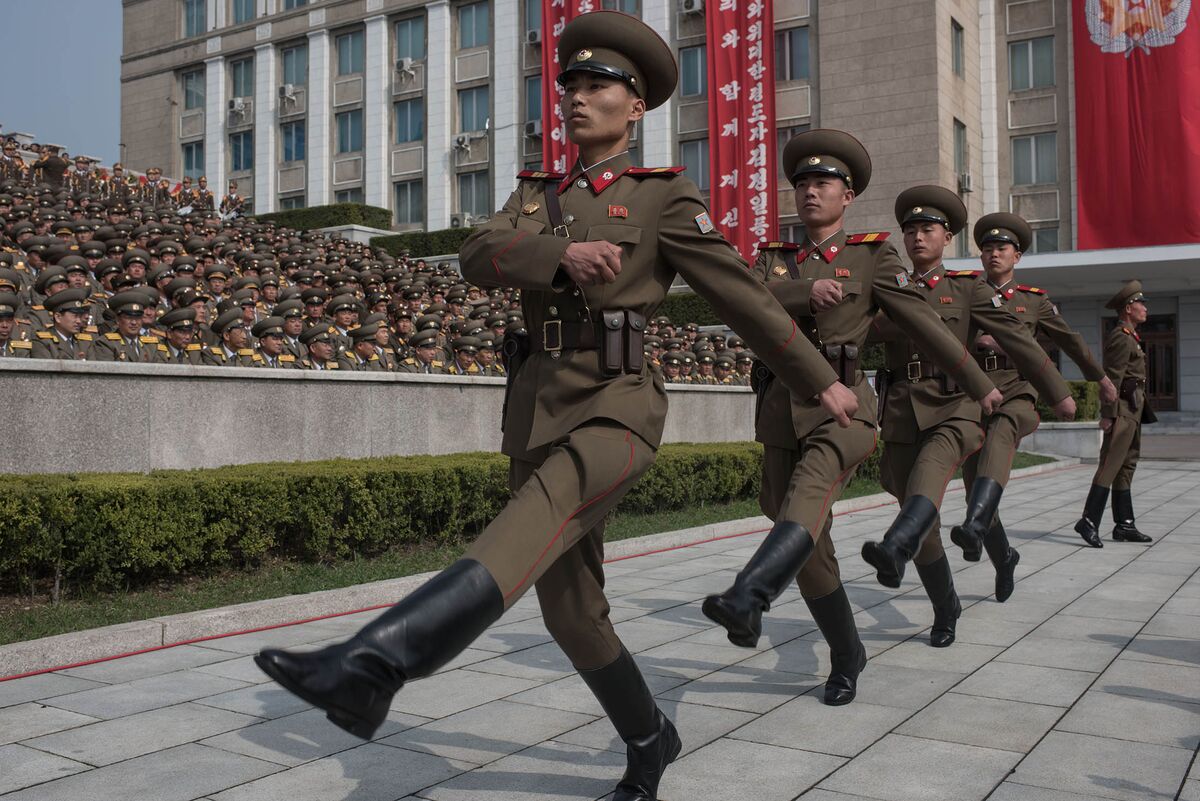 Foreign Minister Wang Yi urged North Korean counterpart Ri Yong-ho to calmly react to measures to curb its exports when they met on Sunday in Manila, where diplomats from more than 20 countries are attending a security forum. Wang also called for the U.S. and South Korea to reduce tensions, shortly after U.S. Secretary of State Rex Tillerson met his counterpart Kang Kyung-wha.

“The goal is to effectively block the DPRK’s nuclear development process,” Wang told reporters. “Sanctions are needed but not the ultimate goal. The purpose is to pull the peninsula nuclear issue back to the negotiating table, and to seek a final solution.”

As North Korea’s main ally and biggest trading partner, China’s role is crucial to pressuring leader Kim Jong Un into halting his push for a nuclear-tipped missile that can hit the U.S. mainland. Many analysts see his program as too advanced for sanctions to make much difference, and doubt he will ever completely give up his nuclear weapons.

“You need deeper sanctions over a longer period of time, like years, before you can see if North Korea changes its behavior,” Thomas Byrne, president of the New York-based Korea Society, said in a telephone interview. “The sanctions will have an economic impact but little effect on the strategic intent to develop ballistic missiles.”

The penalties agreed to on Saturday by all the 15 UN Security Council members aim to cut North Korean exports by about $1 billion a year. The prohibition against North Korean coal, iron, lead and seafood came in response to Pyongyang’s testing of two intercontinental ballistic missiles last month that could target the U.S.

President Donald Trump hailed the sanctions on Twitter, noting that China and Russia had both backed the measure. The U.S. had called both countries “economic enablers” of Kim’s regime after the second ICBM test.

“The price the North Korean leadership will pay for its continued nuclear and missile development will be the loss of one-third of its exports and hard currency,” said Nikki Haley, U.S. ambassador to the UN. “This is the most stringent set of sanctions on any country in a generation.”

The U.S. and China had been negotiating the draft text released on Saturday for about a month. The resolution “condemns in the strongest terms” North Korea’s July 4 and July 28 missile tests, and adds new individuals and entities, including the Foreign Trade Bank, a state-owned lender that acts as North Korea’s “primary foreign exchange bank,” to a UN sanctions list.

Haley personally thanked the Chinese for their help. After North Korea’s second ICBM test, she had said that another UN resolution would be pointless if previous efforts had no impact.

“This was a gut punch to North Korea today,” Haley said in an interview on CNN. “They can either now take heed and say, OK, let’s stop — let’s start being responsible and let’s see another avenue, or they can continue what they’re doing and the international community will respond.”

The restrictions are the third set of sanctions imposed on North Korea in the past 18 months in an effort to halt the country developing its nuclear and ballistic missile capabilities. The Security Council imposed penalties in March 2016 and again in November after Pyongyang conducted nuclear tests and launched a rocket.

Trump isn’t ruling out a “preventive war” to stop North Korea from being able to threaten the U.S., National Security Adviser H.R. McMaster said in an interview with MSNBC done earlier in the week and broadcast on Saturday. The danger posed by North Korea was “a grave threat,” he said.

“If they had nuclear weapons that can threaten the United States, it’s intolerable from the president’s perspective,” McMaster told MSNBC’s Hugh Hewitt. Even so, the U.S. would prefer to resolve the threat “short of what would be a very costly war in terms of the suffering of, mainly, the South Korean people,” said McMaster.

— With assistance by Andreo Calonzo, Margaret Talev, Ditas B Lopez, and Hooyeon Kim